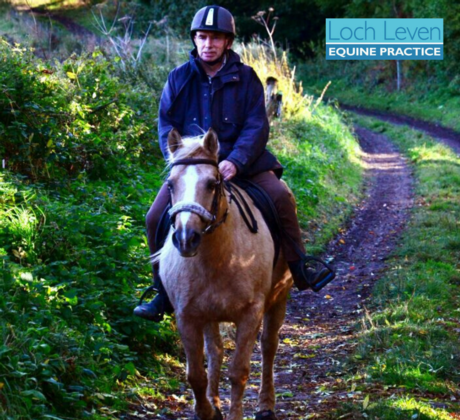 Hello, all. Flicka here, taking a breather from my browsing and letting my public know of the exciting times, both ups and downs, I’ve been having over the past few months. The first thing to mention is that Yours Truly was a winner in the Loch Leven Equine Practice Golden Oldie competition! Make no mistake… by all accounts the competition was stiff and I feel lucky from my hocks to my forelock to have won. Let’s hear it for us Oldies! And for Loch Leven Vets - what a great bunch of lads and lasses (more good stuff about them in follow-on blogs.)

Life, however, has not been without it’s sorrows: I lost my buddy Lucero when his person Georgy took him back to uni after the Christmas break. He’s a lively young Andalucía gelding, although for the most part he did manage to keep up with me.

This is their second year at University, so he had been away before. But there was something different this time. Something in the people, sadness, a hint of change and we both sensed it. Lucero is a good loader, he always just climbs in….but not this time. He stopped at the ramp, swung round and with Georgy in tow and came to my stable door. For a few fleeting moments we stood
cheek to cheek. Eventually he turned, walked to the box and loaded with typical Andalucían dignity while I looked on maintaining my Arab poise. As for the people….well, I won’t embarrass them by telling you! Maybe Lucero will indeed return to Fife someday….?

It was tough on all of us when Georgy loaded him up and drove away, and I must admit to being lonesome and out of sorts for a day or two. But little did I know that my person Paul (more of him later . . . maybe) had other plans in mind for my future and my well-being. With a little help from his friends Jill and Heather, Paul found a super new place for me at Kinaldy, near St Andrews. I soon found new friends in the persons of Bert and Billie. Err they’re two of the horses, actually, the persons per se at Kinaldy are Brandon and Claire, and Gilly. They’re all rather fun and we look out for each other. I can hardly wait for my Natural Horsemanship classes - I can only hope that Paul will learn a thing or two!

Well, I mustn’t overwhelm my readers with the tons of new characters in my nouvelle blog, so I’ll end with a word or two about myself, if I may. I’m a twenty-six year old part Arab mare, described by my people  (I blush to write it) as ‘pure gold from head to hoof and heart to head’, a native of northeast Fife who loves attention, kids, galloping up hill and down dale, and dumping Paul in puddles as the opportunity arises. The bigger the puddle, the better and thereby hangs a tail. 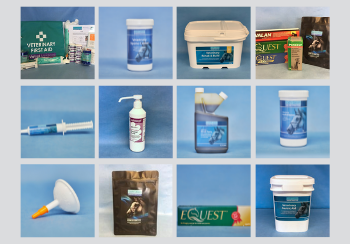 Buy all of your veterinary supplements, wormers and first aid supplies here. We source and provide quality veterinary products and supplements at affordable prices.  We are committed to only selling products, tried, tested and endorsed by us.